To bring some declarations to the current scope we use imports. If some imported names are already in scope, they will be ignored and plugin will show a warning. New “Hide import” quick-fix explicitly hides such names by adding them to the \hiding directive:

If you use fields of some class and Arend cannot infer an appropriate instance for it, you will get an error. New quick-fixes help to handle this issue:

Replaces a reference of the form A.B with B adding an appropriate \open directive:

This intention comes in 2 flavors. The first one generates a function from a goal:

The second one extracts a selected expression to a separate function:

In both cases you get a function with parameters and return type inferred from the type of the initial expression.

Swaps arguments of an infix operator:

Allows adding and removing clarifying parentheses to a sequence of binary operators:

Detects redundant parentheses and suggests a fix to remove them:

This release brings a couple of improvements that make Prelude more discoverable:

Discoverability of language extensions (aka metas) is also improved in the following ways: 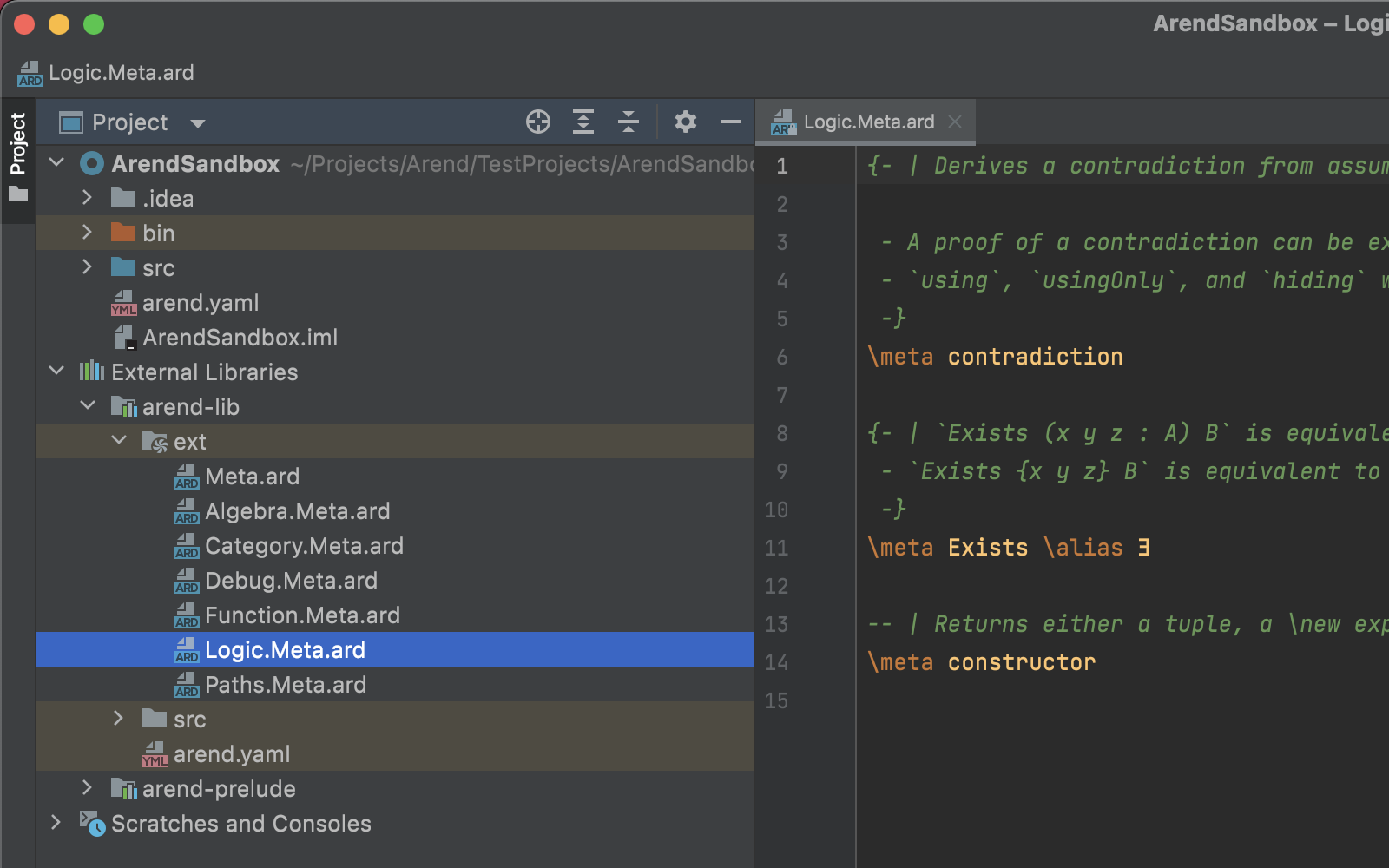 Language updates: Implicit lambdas. Tests directory can be used to store files with tests, examples, and other code which is not a part of the library. ...

The second part of our tutorial is ready.

We implemented language extensions. This can be used to implement custom operations on the abstract syntax tree which are not supported by the language. They...

The first part of our tutorial is ready

We finished the first part of our new tutorial. It covers all the basic constructions of Arend. It does not mention anything related to homotopy theory. This...

Arend now has proof irrelevant universe of proposition and the plugin can run the typechecker automatically in background.

The first version of Arend is released!